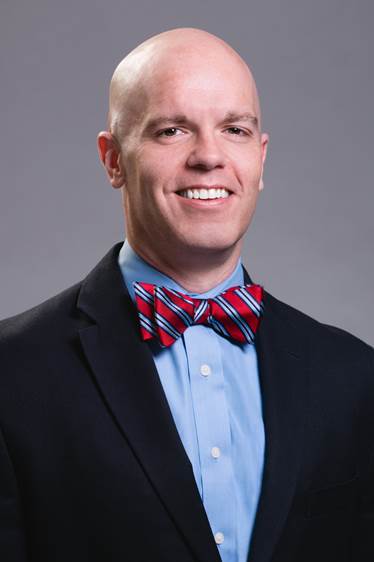 Jeff Thompson graduated twice from USC: once in 1996 with a Bachelor of Science double majoring in Finance and Risk Management and Insurance, and then again in 2001 with a master’s in Public Administration. Having grown up in Columbia, USC was always on Jeff’s radar. After admittance to the Honors College and a scholarship ensuring a full ride, his decision to be a Gamecock was cemented.

Jeff is currently the Executive Director of the Texas Municipal League Intergovernmental Risk Pool (TMLIRP). He says to think of TMLIRP as a mutual insurance company, but as a public entity, it operates as a self-insurance partnership between cities and local governments in Texas. Different cities throughout Texas pay contributions (like insurance premiums) to the Pool, and retain an ownership interest in the partnership. “We are fond of saying that TMLIRP allows cities to self-insure together,” he says.

Prior to working at TMLIRP, Jeff worked at a similar organization in South Carolina (Municipal Association of South Carolina [MASC]). He then moved to a position in Washington, D.C. with the National League of Cities (NLC) Risk Information Sharing Consortium and NLC Mutual, both of which represent the interests of organizations like TMLIRP and MASC. Working at TMLIRP is fulfilling for Jeff primarily in two ways. First, he gets to use his Finance, Risk Management and Insurance background to help lead an insurance organization. Second, he is able to work in a public service setting that allows him to support cities and communities during their most vulnerable of times.

Jeff’s advice to current students is reflected in his own career. One piece of advice he had for students is to take advantage of every opportunity. While he was a junior at USC, Jeff was invited to an RMI conference where he participated in a golf tournament. He didn’t realize he was paired with the CEO of Arthur J. Gallagher & Company, and by the end of the round was offered a job. Another piece of his advice was to be curious and question the way things work. Finally, he suggested RMI majors broaden their knowledge base and study how different sectors of the industry fit together. Jeff’s successful career and knowledge of the industry illustrates how an RMI background from USC is a great starting point. As a former USC instructor and alumnus, Jeff hopes to come back and speak to current students about his experiences.