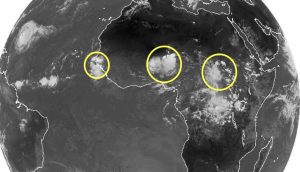 On September 8, Tropical Storm Mindy became the 13th named storm of 2021. Only four other years since 1966 have had at least 13 named storms by September 8. Scientists say the total number of tropical storms isn’t increasing, but the intensity of these storms is increasing. Dr. Robert Hartwig highlights,”This trend is not new, it extends backs decades.” Hartwig noted that Ida could take Hurricane Andrew’s place as the second or third most expensive hurricane disaster ever, behind Katrina in New Orleans in 2005 and Harvey in Houston in 2017, resulting in insurance rates continuing to rise. Read the entire article here.